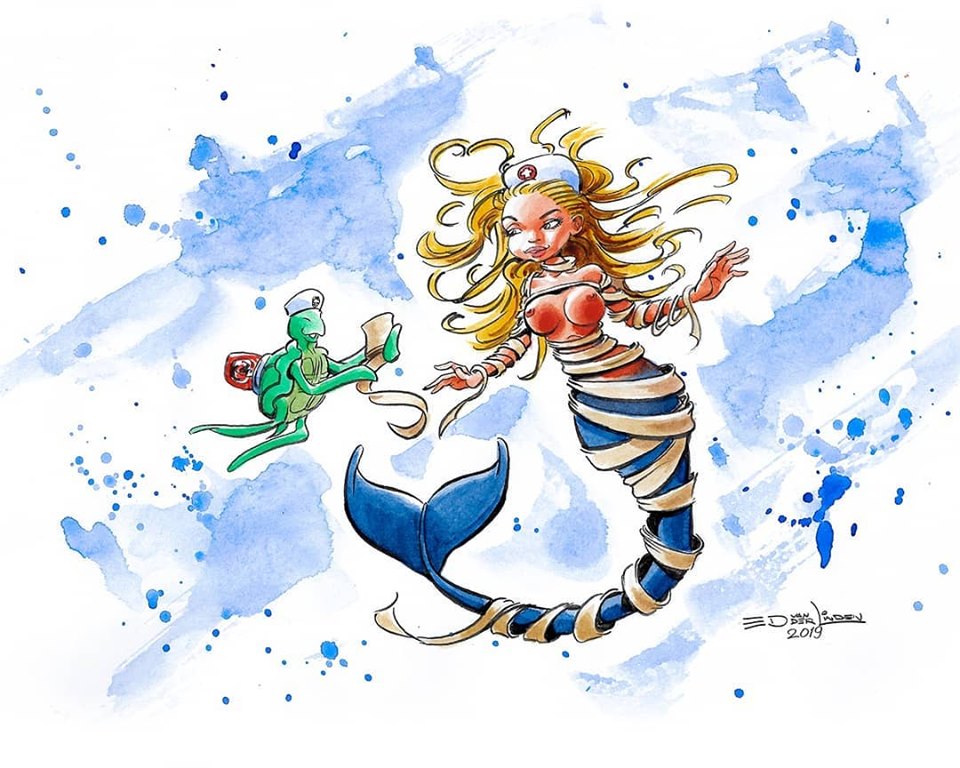 Update on lettering: phase 1 is done. So now onto editing and then the full lettering takes place. SFX will be added as well

Update on Editing: me and (mostly) Markus von Renthe-Fink went through the visually lettered pages and found some wonky stuff. So we will partially re-dialogue and re-balloon the book this weekend and next week.

In the downtime I am ordering envelopes and German stamps 🙂 for shipping.

And in the meantime I just received a digital (although I do hope I will get it on real paper in my hands someday) contribution from artist Sean Forney, with the help of Steven Leitman (from Reading With a Flight Ring).

I also will receive this Mermaid, which is part of Dutch artist Ed van der Linden (basically to me the Dean Yeagle of the Netherlands) MERMAY-challenge which he will also collect in a nice artbook, which he sells cheap via pre-ordering! And who doesn’t love 31 Mermaids!??